Tape, a common trope in Trompe-l'œil painting, is a tool that has long littered my studio serving to hold various sets of ideas in place long enough for them to be considered only to then soon after be discarded and replaced. Masking Tape is also a tool used specifically in my project in·ar·tic·u·lateˌ(inärˈtikyələt)/ knowl·edge as a means to temporarily annotate compositional concerns, indicate potential moves, and to block unwanted material mixtures.

Over time the process of taping and re-taping sections of painting has become a seductive metaphor for the way my mind digests thoughts and questions. I get so exhausted by ideas that make perfect sense upon entry into my mind only for them to slip away all too soon. Often I have wished that there was a mental tool that was similar to tape that could be used to hold ideas into place long enough for them to be understood. The repeated activity taping, blocking, retaping ect has led me to more seriously consider the relationship between the “real” and the “illusion” in relation to the pursuit of knowledge.

Language, ideas, questions, knowledge etc. everything is in a constant state of flux. New words are created to discuss new ideas and technologies which inevitably require new sorts of questions and commentary, which drives the next batch of ideas. It is questionable if knowledge is ever really accessed or if the pursuit of knowledge is not for the purpose of acquisition, but for the process itself. In the end my work rests as secondary signifiers. They are not themselves knowledge. Instead, they are the residue of a search and indications that knowledge, insight and understanding exists even if only in abstracted and unformed realms.

In in·ar·tic·u·lateˌ(inärˈtikyələt)/ knowl·edge, referencing texts from my studio notes, I have worked each composition until it rests in a holding pattern held up by a decision determine by the annotation of masking tape. This holding pattern is an incredibly fruitful and pivotal point in time and in these works it has been solidified through the illusionary painting of the masking tape that now rests on the canvas where the annotated tape once stuck.

The success of these paintings is actually in the moments when viewers pass them by without consideration. For it is only upon closer inspection of these pieces that a viewer can realize that what they are looking at is not tape but is in fact paint. This illusion is compounded by the fact that these tape forms have been painted in such a way that they read as if they are holding slippery, wet, abstract surfaces in place which is simply impossible. 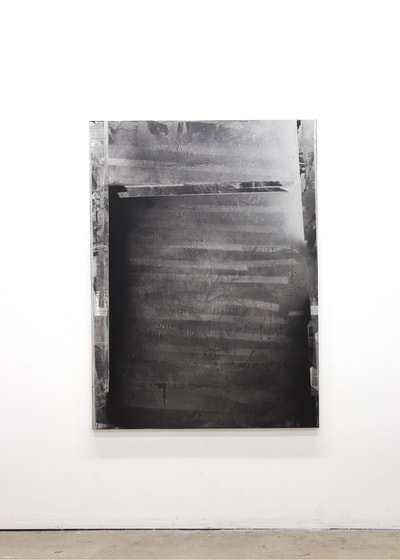 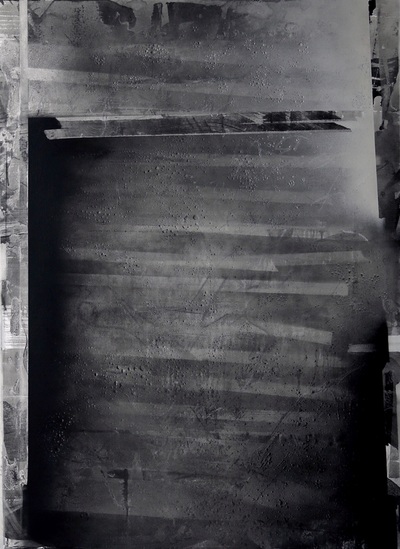 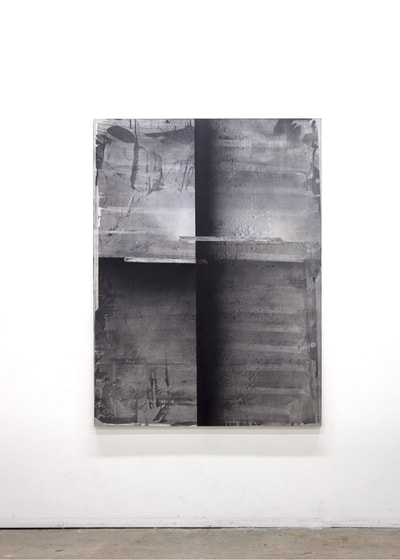 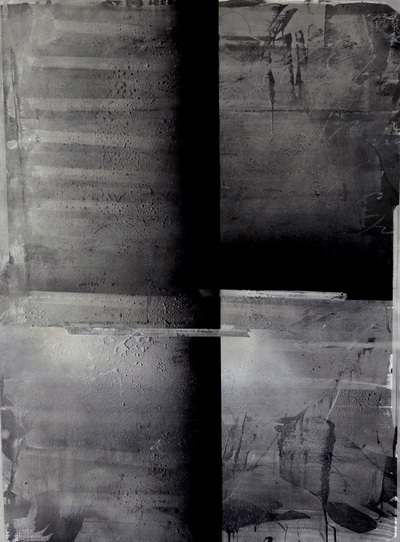 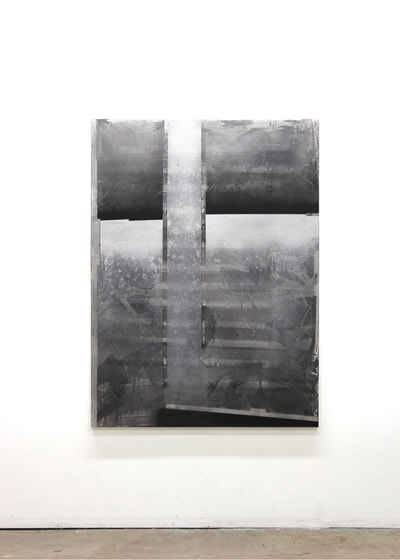 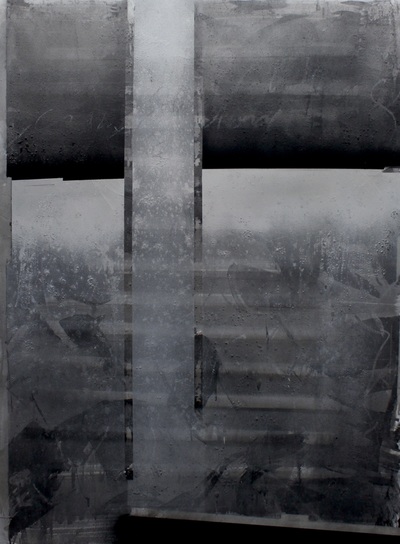 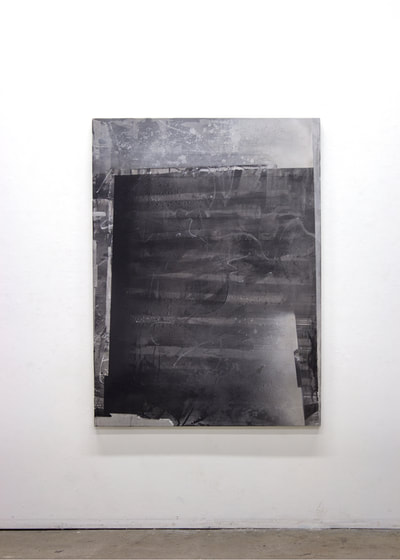 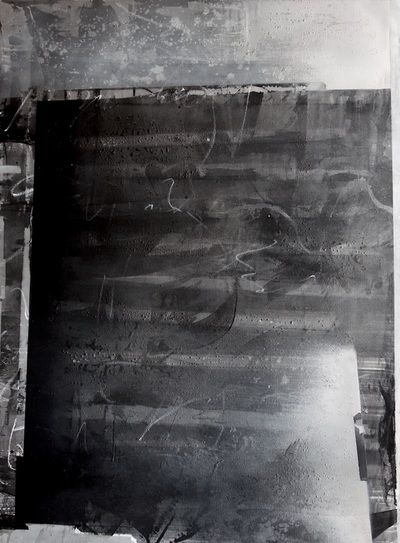 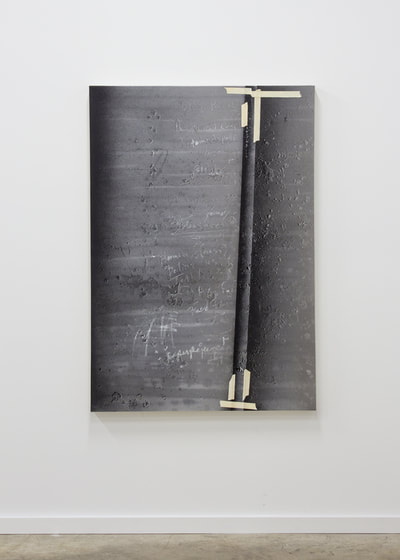 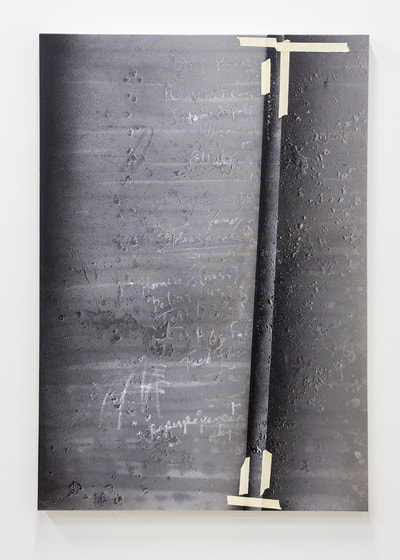 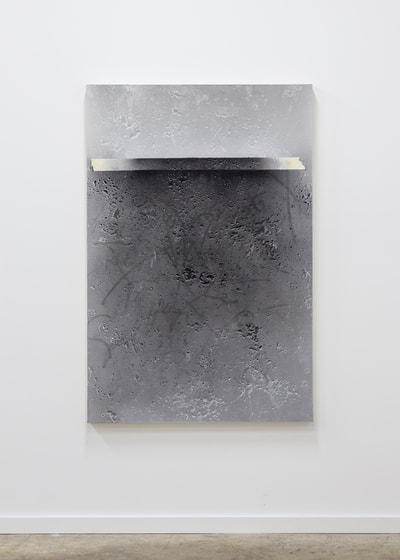 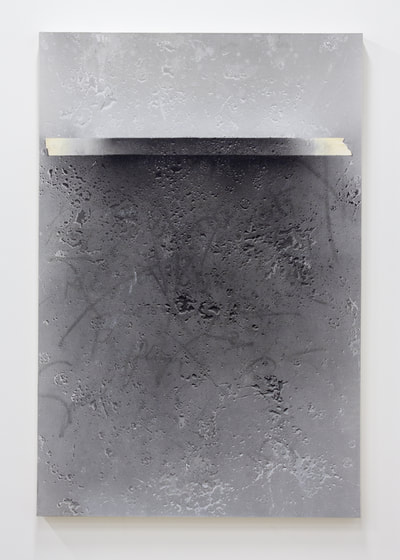 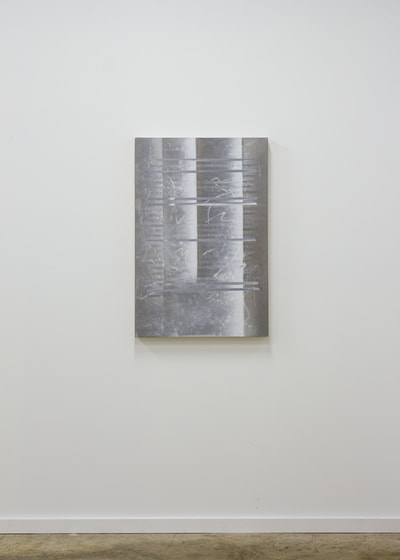 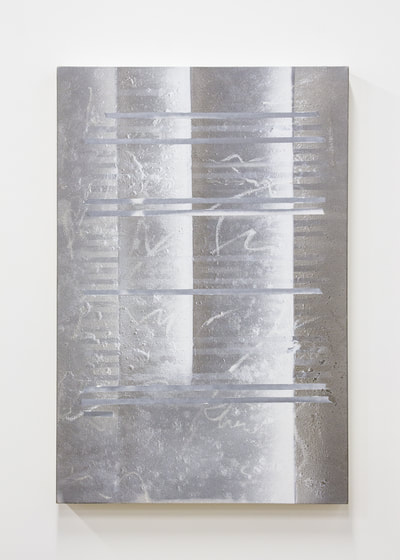 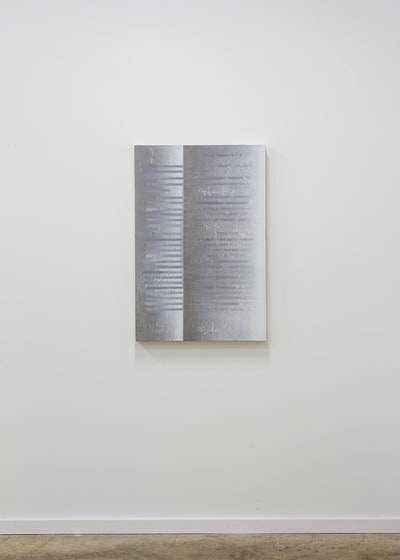 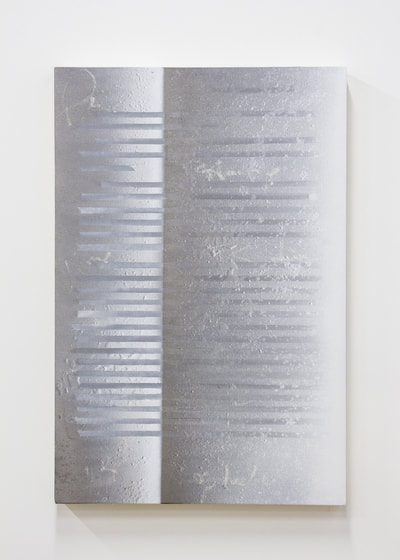 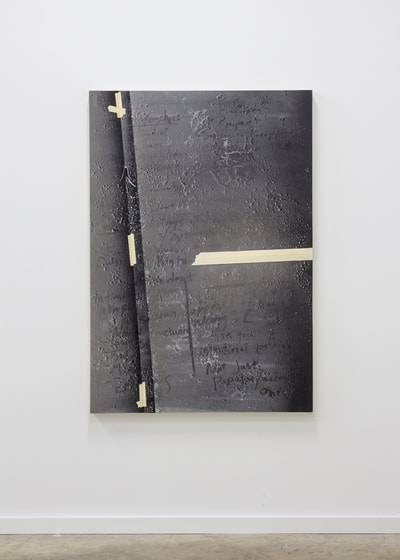 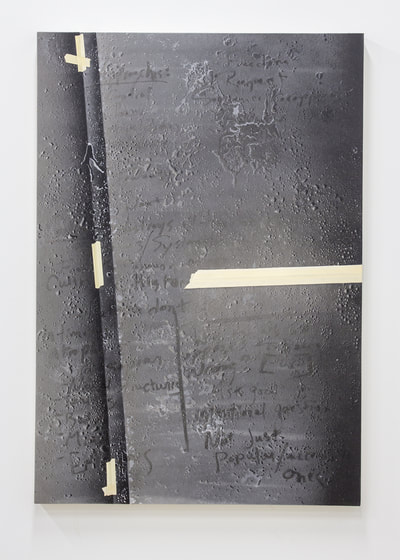 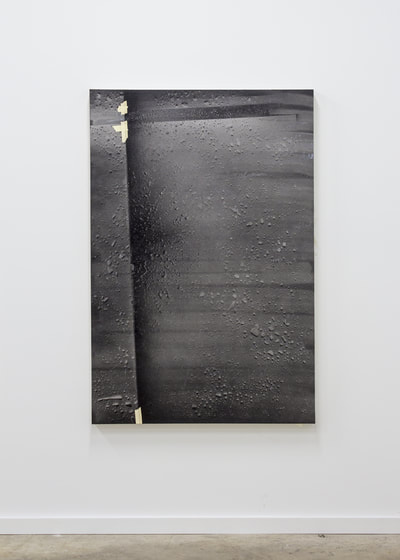 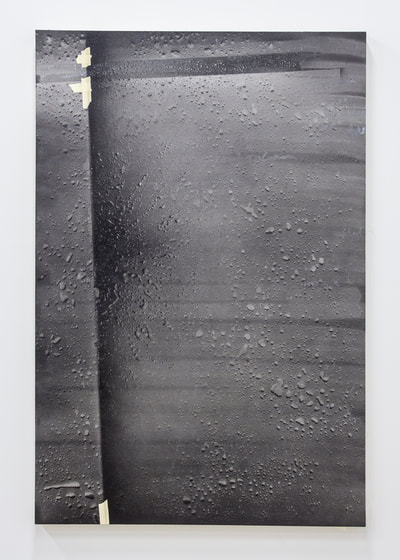 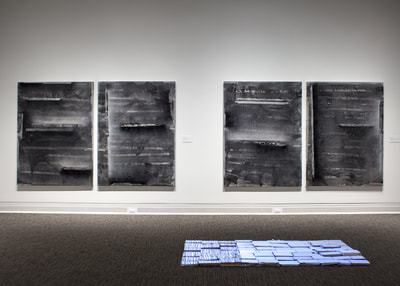 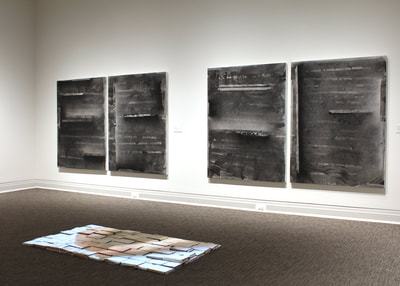 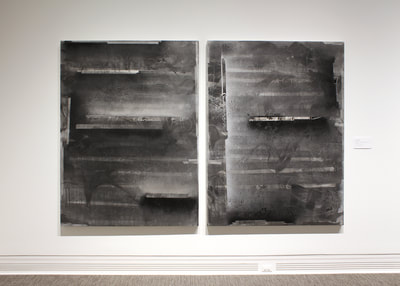 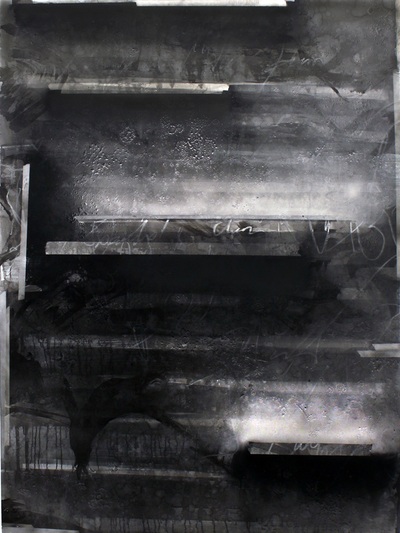 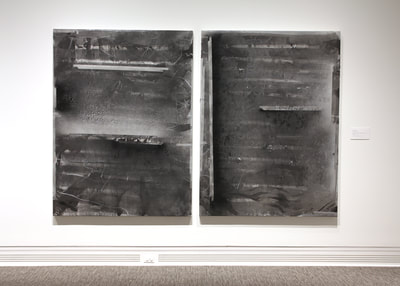 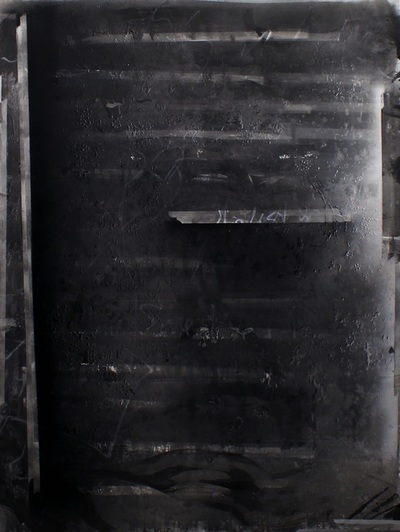 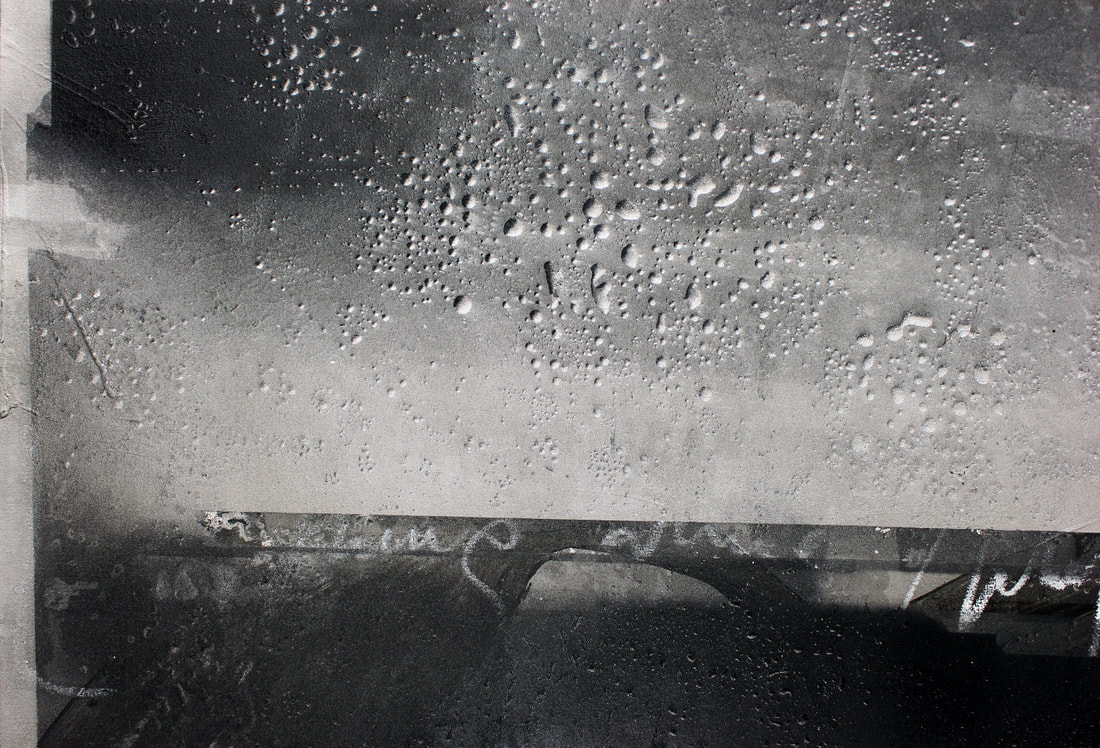